BY Loretha Asakwa
Published 1:05 AM

Being a Christian does not tie you down to a routine life. Instead it gives you a higher advantage over your secular counter parts because the grace and favor of God will take you to places they will never go.

But most Christians fail that side of life, they are stocked in a routine life and complain when things don’t work out the way they hoped it will.

Most Christians are not courageous enough to try different things, and this is because of their lack of a teachability spirit. They don’t like to learn new things and so get stocked to what they think it’s best for them.

People’s lives change when they change something they do every day. That’s how they change the “who they wish to be” into “who they really are”.

Each time you display bravery of any kind, you make an investment in your courage. Do that long enough, and you will begin to live in a lifestyle of courage.

And when the bigger risks come, they will seem much smaller to you because you will have become much larger.

Now let’s look at the life of Minister G4. To begin with, G4 stands for (God Gives Grace and Greatness). He is an artist who has chosen to spread the word of God via rap music.

Before being a singer, G4 is a Management Accountant by profession. Also, he is fashion designer owning his own clothing line known as “Born Again by G4 clothing”.

He owns a record label called eagles wings and has signed/ raised several other artists. In addition, he owns a Tv show known as “Gospel people” which airs on Flamme Tv in Douala. 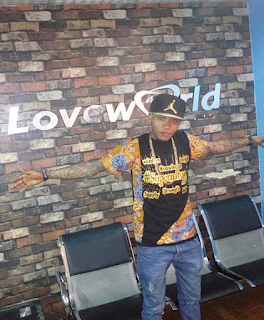 Furthermore,he is a lover of the word of God, strict but affectionate and extremely determined.

“My Inspiration is from the Gospel and its truth. Nothing else.”

In his music career, he has released so many award-winning songs.

·All I see is Jesus ft Nigerian Gospel Rapper TB1.

just to name a few.

“I have an Album out since 2014. My first album “SANCTIFIED” which sold more than 2000 copies with the help of my ministry Believers Loveworld or Christ Embassy and I have a DVD entitled the new breed which came out in 2017.

My projects are successful because of the message they carry and that’s why I have won best GOSPEL RAPPER IN CAMEROON for 2015, 2016 and 2017 at the G.S.A Awards and Vison 4 Awards. Kindly go through my Facebook page @ G.4 or I.G. @ g4four for info, details and pics.” 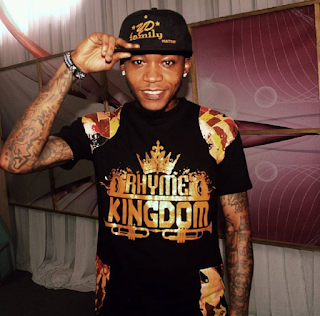 His enormous success can speak for itself and that’s why he is able to send out a message to other Cameroonian gospel singers.

“Only advice I got is that Music ministers should stick to the word and focus on Jesus. We are ministers and vessels of Gods work we are not entertainers.

Keep your spirit clean and God will do the rest. Do not focus on Money and money will follow you”.

Dsaint Livingston
Genre
Urban/contemporary gospel
I'm Nditafon Daniel aka Dsaint Livingston is a Cameroon based hip hop/ spoken word artist and a final year medical student. Born and raised in the northwest region of Cameroon, bamenda into a family of 5, Father is a pastor... so grew up in "his tenths".
Other Info
Gender: MaleCountry: Cameroon
Read more

Maureen Forbah
Genre
Urban/contemporary gospel
In the life of Maureen forbah, a worship leader, an accounting/ finance student, and a prospective beautician and stylist. The musical journey has not been easy but with resilience, she has managed to pull through.
Other Info
Gender: FemaleCountry: cameroon
Read more