Recently, there's been a controversial debate going around on the topic : should gospel artists depend on music alone or do something else aside music to support themselves.

But truth be told, talent alone is not enough to be a successful person . There has to be skills, focus , right equipment , hardwork, a strong belief system etc.

The wrong ideology most people have is, the moment they have a talent, they are already successful .

But it's not that easy , there are still so many poor talented people out there on the streets. Meanwhile those without the natural talents are taking the lead.

Talent is only a starting point , you have to keep working it.

Too many talented people who start with an advantage over others lose that advantage because they rest on talent instead of raising it.

They assume that talent alone will keep them out front. But truth is , talent is more common than they think.

Mega -best-selling author Stephen King asserts that "talent is cheaper than table salt. What separates the talented individual from the successful one is a lot of hard work

In that light, The character traits of Prosper Menko is one most talented people should emulate .

He's such a hard worker . He is one who understands the principle " do what you have to do in order to do what you want to do ".

He's a Gospel artists who has won multiple awards and has been nominated for international awards too . Attended and performed in several programs both home and abroad . 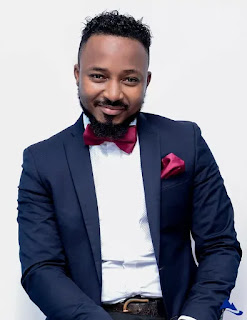 A professional vocalist, keyboardist , a song writer. He's an embodiment of so many skills.

But in a country like Cameroon where it's hard to raise money via music especially gospel music . Does he just stick to it and wait for God's time ? Or add an additional career ? .

upon his completion from the University of Buea, he offered graphics design trainings to several individuals and some institutions in Buea, South West Region of Cameroon.

In his early days before he became Born Again, as a multi-faceted person, Menko ventured into singing, acting and modeling in the early 2000s; skills he took on part time basis during his degree program.

He featured in couple of movies and acted as brand ambassador for numerous designers in the South West Region, during fashion and lifestyle exhibition shows and events.

Proves he has always been a hard worker, a dreamer and a determined young man with target goals.

His early contact with the gospel of our Lord Jesus Christ and his church (Christ Embassy) has branded his music and personality as an acclaimed anointed gospel artiste in Cameroon.

It has not entirely been a journey of bliss but with God involved , every test automatically becomes a testimony .

In effect, Amidst many other Acheivements

He was an All Africa Music Awards (AFRIMA) 2017 nominee – Best Artiste in African Inspirational Music. 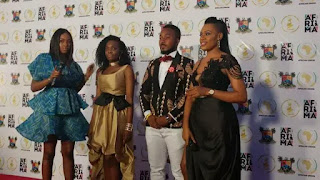 Also, he has recorded some amazing tracks accompanied with great videos. 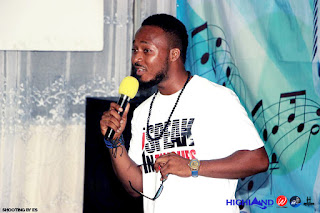 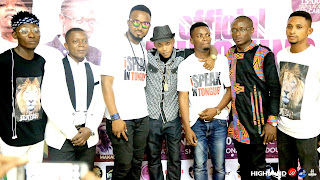 Philipps Brooks , writer of the song " O little Town Of Bethlehem ," remarked, " when you discover you have been leading only a half life, the other half is going to haunt you until you develop it.

Dsaint Livingston
Genre
Urban/contemporary gospel
I'm Nditafon Daniel aka Dsaint Livingston is a Cameroon based hip hop/ spoken word artist and a final year medical student. Born and raised in the northwest region of Cameroon, bamenda into a family of 5, Father is a pastor... so grew up in "his tenths".
Other Info
Gender: MaleCountry: Cameroon
Read more

Maureen Forbah
Genre
Urban/contemporary gospel
In the life of Maureen forbah, a worship leader, an accounting/ finance student, and a prospective beautician and stylist. The musical journey has not been easy but with resilience, she has managed to pull through.
Other Info
Gender: FemaleCountry: cameroon
Read more