Almost lost his life several times on his way to Nigeria , just so he can meet up with his mentor . Also because he could be able to network with other international comedians.

Why go to through all that stress just to hook up with big comedians or even struggle to bring them over to Cameroon meanwhile there's lots of other comedians flooding the surface of the nation .

The simple truth is , Cameroonians do not support and recognize their own. Immediately you get attached with someone they value and respect, that's when they too start seeing your worth.

Even if he gathers all the comedians in the nation, it won't still have weight or attract the people like the way the international comedians will.

That's how funny the platform is . They suffer a lot from inferiority complex . They tend to acknowledge outsiders more than their own . 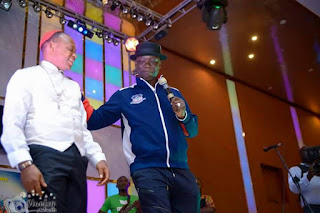 However, senior pastor is no ordinary comedian . He is a Christian who understands the value of humility , patience and a submissive character .

He has been in the field for 9 years but it is only of recent that he went out of church .

Waiting for God's time, despite the fact that he was extremely talented and naturally created to make people laugh , he never disobeyed the commands of God . That is ; he stayed under the radar until his time of exposure .

Furthermore, Obedience the bible says is better than sacrifice .

In effect, from the moment he got exposed till now, his talents and dreams have evolved tremendously.

Within a short period of time, he received multiple awards , hosted and organised the largest comedy programs. Has built lives with his comedy, and brought up other talents.

In 2017, he was awarded best English gospel comedian at the red feathers award .

And also , was the 2nd runner up for : Ali baba spontaneity award . 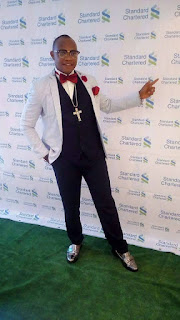 Same 2017, he organised comedy crusade; the first of its kind . An event which featured international comedians like Gordons ( his mentor) , and a variety of Comedians in the country ; big mami Agatha , oboy da comic etc. 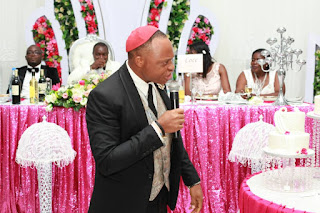 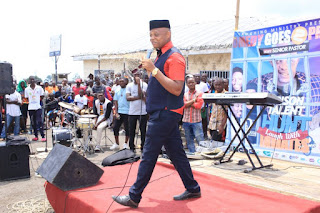 Nonetheless, Senior pastor whose original names are Christian B, hails from the town of Limbe .

As every young talent, he too has experienced some challenges in the field and his career .

One of which is; most Christians don't like to pay for services . They have jobs and receive salaries but when it comes to events organised by another Christian, they want it to be free.

That kind of attitude kills talents . It's such a stingy character that needs to stop. Learn to pay another person for their job .

Also, he advices other talents in the church and all over that ;

If you are talented , struggle to learn and master the skills required for your field. Improve on yourself and strife for perfection . Be focused , be passionate , be prepared .

It's is not all about saying

" I want blow" , it's about sitting down to calculate the cost. It is about how prepared you are . Your success will be determined by your ability to prepare . Don't rush the process .